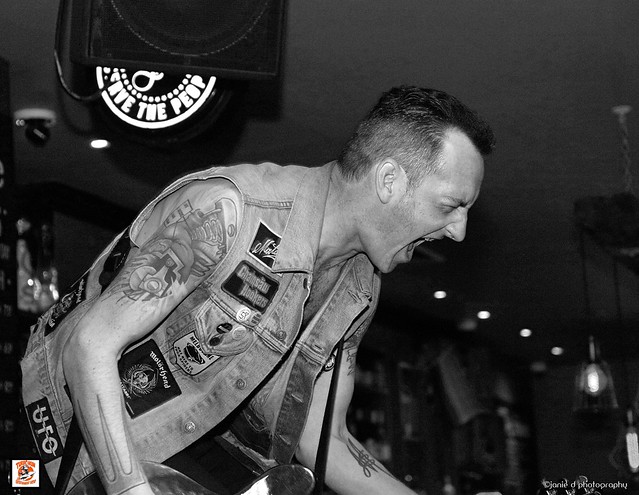 check it in full ‘here‘

Legendary Northern Beaches band Chickenstones opened this night with a solid old school rock and roll session that pumped up the audience and had everyone on their feet.  Obviously seasoned  musicians with years of experience pouring through each note, it is a trusted rolling sound and (without a shadow of a doubt) there is absolutely nothing convoluted any way shape or form about it: just pure rock & roll that we all know and love. Up tempo tracks like “Acid Rain” have a stylistic familiarity with a flavour of Surf Rock Blues. With a NEW CD Mystery Train  recently released, it’s perfect for rolling interstate (and we hear this is a probability more than a possibility so keep your ears and eyes opened for you will NOT want to miss it).  Chickenstones are a rock & roll delight and a band worth seeing again.  Check out “Acid Rain “ on YouTube, a “real” rock band that guarantees bopping all night .

While the law of averages states getting struck by lightning twice in your life is nigh impossible one gig, AKF presents you getting struck  repeatedly and  void of any mercy.  AKF’s hard rock is second to none with an unflagging surge of thunder bolt guitar and drumming leaving the audience with jaws on the ground or in the case of sum) looking for splinters from shattered drum sticks which were hurled through the air at random. We are taking a punt the above average supply of sticks resting  on top of the bass drum.

While corporate radio vaults of so called “Rock Legends” regurgitate with monotonous regularity, we can state with utmost clarity not only are they limp but dare we say flaccid compared to AKF’s granite cracking sound. This is a thumping hot band, and their New 13 track album “Bloodshot and Shakin’ vinyl / CD is just as tough.

Bunt coming up to 25 years and their garage punk sound is still one of the most original twanging and banging around Sydney.

Opening with ******’s  Boogie, a one –three chord stomp that is more infectious than ringworm at a Jacuzzi party, BUNT are a band that has a very firm grip on “if it sounds good, do it”. Machine gun drumming with no etiquette slashed with barking guitar “Sonic girls on Fire”  sounds like someone taking to a grand piano with a battle axe, and singer Jon puts his soul into his vocal chords. No mistaking BUNT’s sound for some other band. If there is such a thing as “Kings of Garage” BUNT are high up the list.

We hear that in Japan, BUNT are more popular than sushi yet  retrogressive radio stations in this country continue to ignore or support hundreds of their own original  bands like the ones on show at this gig,  giving them little to nil rotation on their turntables. The best bands are kept “underground” and it continues to be and still is the coolest place to be.

View all posts by turbonunentertainmentgroup

It’s all about the music. From gig bookings, to promotions, featuring photography, footage to reviews with bands (local and abroad), our aim is to work collaboratively and help bring life back to Sydney. Whilst mainly focussing on underground we kinda like to think we are broadminded enough not to be so driven as to ignore everything that this planet has to offer. Our aim is to cover as much of both home grown and international off kilter music as possible.